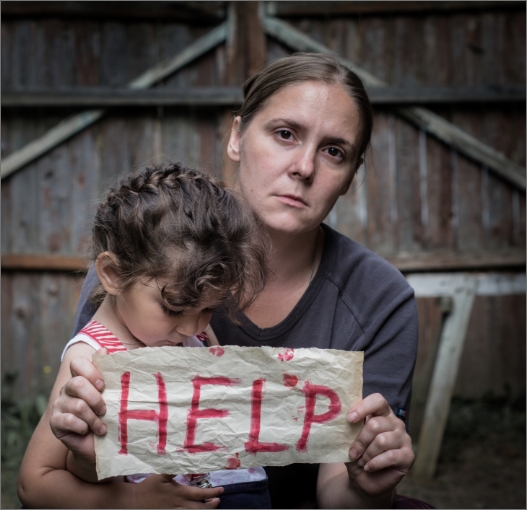 Millions of children and adults lack access to adequate clothing, shoes, food, and water globally, on a daily basis. The lack of clothes and shoes can lead to extreme vulnerability to the harsh environments. Illnesses and infections arise, and most don’t have access to medical care.

“Period Poverty” is also on the rise. Women who have experienced lack of proper menstrual hygiene are more likely to suffer from anxiety or depression, struggle to pay their bills and have an unfulfilling love life, a study claims. A survey of 1,000 women, 500 of whom had suffered from period poverty, revealed that a lack of access to sanitary products can have a far-reaching effect on young women’s lives. Nearly two-thirds admitted they lack confidence because of bullies at school, while 39 percent now suffer from anxiety or depression.

Approximately 844 million people live without access to safe drinking water. Poor sanitation and contaminated water are also linked to the transmission of diseases such as cholera, dysentery, hepatitis A, and typhoid.

“Hidden homeless” – those who may be residing in inadequate settlements such as slums, squatting in structures not intended for housing, couch surfing with friends and family, and those who relocate frequently. The last time a global survey was attempted – by the United Nations in 2005 – an estimated 100 million people were homeless worldwide. As many as 1.6 billion people lacked adequate housing (Habitat, 2015).

You can IMPROVE LIVES by donating food, water, clothing, shoes, and shelter to adults and children in need! 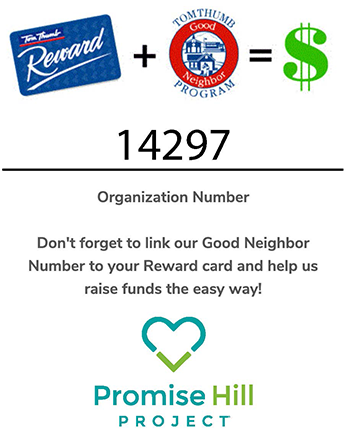 Easily enroll your Kroger’s Plus Shopper’s card into the Kroger Community Rewards program at their secure website krogercommunityrewards.com and start earning donations for Promise Hill Project!
Sign in to your digital account, search for Promise Hill Project, select our name and click "Save".
Any transactions moving forward using the Shopper’s Card number associated with your digital account will be applied to the program, at no added cost to you.
Kroger donates annually to participating organizations based on your percentage of spending as it relates to the total spending associated with all participating Kroger Community Rewards organizations.